Bombardiers are the genetically engineered soldiers of the space fleet defending mankind against a fierce alien enemy.

Bombardier is an action packed trilogy. 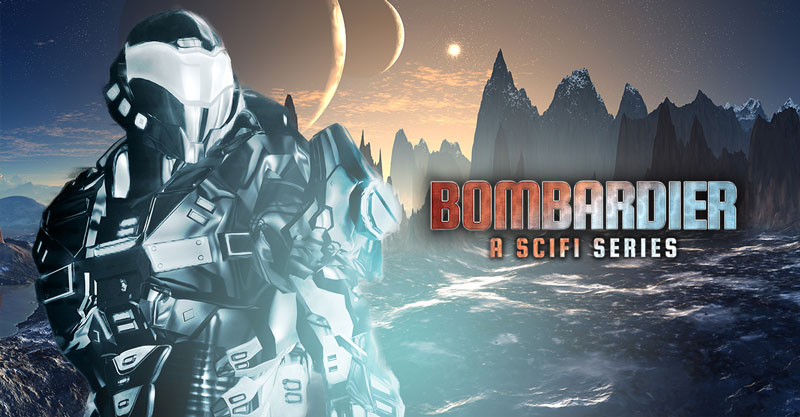 This omnibus edition of the Bombardier Trilogy contains all three books: Tyranny, Treason and Empire.
Ark is Commander of the Bombardiers, the transformed soldiers working as the United Guild’s army in space. Two hundred years earlier, aliens used mankind’s own DNA to destroy Earth. Now, the Bombardiers hunt for the enemy aliens, destroying them wherever they are.