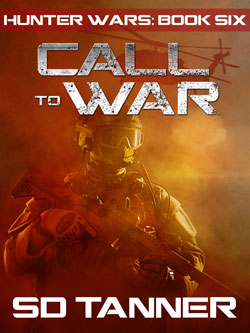 Reviews
“Loved this series! Sad that I’m done reading the series, but it ended just as it should have. Bloody, scary and gory, but all you really remember are the awesome characters and the eternal fight of Good vs. Evil. Well done, can’t wait to start the new series!“

“This book was phenomenal! I couldn’t put it down!”

Gears witnesses the impossible and they learn there’s more that the Devil can do. Faced with disaster, he calls the game to an end and prepares for a final battle. Mankind must make their true intent known or all will be lost for a thousand years.

Call to War is the sixth and final book in a six part series. The series is an exciting, fast-paced and unique take on the end of the world, and the way the universe really works. Packed with great characters, humor and wild situations, it’s a ride that you won’t want to end.