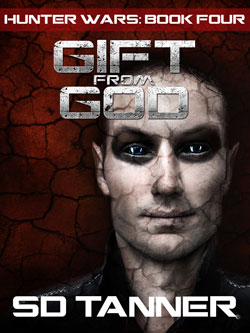 Reviews
“Another spellbinding installment in the series that had me hooked from start to finish.“

“Gift from God is really a gift to the reader.”

Desperate to find safe land where they can grow food, they take the drastic step of seeking safer shores. The Devil takes Pax to a place he never knew existed and Ip learns who she really is. Captain Ted makes a mistake that Gears must undo or they’ll lose everything they’ve gained.

Gift from God is the fourth book in a six part series. The series is an exciting, fast-paced and unique take on the end of the world, and the way the universe really works. Packed with great characters, humor and wild situations, it’s a ride that you won’t want to end.