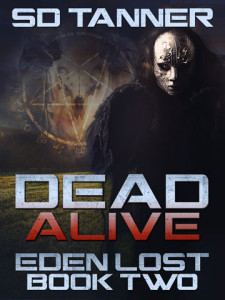 The hunters have returned, but they’re not the same as they were. Gears, Pax and TL decide they need to look for the problem in Eden and uncover more than they ever expected. Ruler is playing them all for fools, and Gears finds a unique solution to save America.

Eden Lost is the second part of The Hunter Wars series and follows directly on from part one, Hunter Wars. It can be read as a standalone series and is an exciting, fast-paced, unique take on the end of the world and the way the universe really works. Packed with great characters, humor and wild situations, it’s a ride that you won’t want to end.