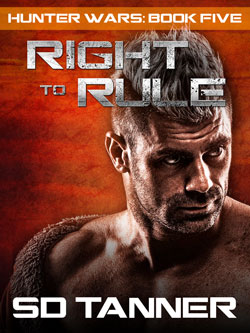 Reviews
“…the book only got 5 stars because they will not let me give it 6. “

“The BEST series of books I have ever read!”

Fed up with the Devils play, Gears is determined to enforce his right to rule. The Devil disagrees and does something they didn’t expect, setting them back again. Captain Ted is forced to make a terrible choice and they stand to lose more than they gain. The land is dying and hunger grips their world.

Right to Rule is the fifth book in a six part series. The series is an exciting, fast-paced and unique take on the end of the world, and the way the universe really works. Packed with great characters, humor and wild situations, it’s a ride that you won’t want to end.