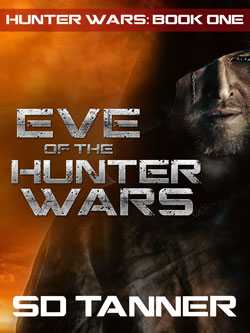 “Terrific, good fun and highly recommended… I will be buying the second in the series.“

Forming the first of their bases, they call survivors to their side and unwittingly make enemies of the undead and the living. Determined to succeed, they take drastic steps to secure safe havens for those left alive.

Eve of the Hunter Wars is the first book in a six part series. The series is an exciting, fast-paced and unique take on the end of the world, and the way the universe really works. Packed with great characters, humor and wild situations, it’s a ride that you won’t want to end.